If you are interested in Japan’s ancient history with regard to understanding the language before you start up with your Japanese lessons, you’ll find it has been remarkably well-documented. Over a thousand years of Japanese history are well-preserved in both ancient documents and historical records all across Japan. Some of the oldest Japanese historical documents such as the Kojiki date back to the 8th century, providing a fascinating window into the world at that time.

To answer your questions we could start off by saying Japanese belongs to its own language family, known as Japonic. Within this family, there are many dialects of Japanese that are spoken all over Japan. These dialects generally amount to small differences in grammar and the conjugation of verbs.

Educated Japanese people learned to speak and write Chinese, and the Japanese later began using Chinese characters to express their own language in a written form. This can be considered the origin point of the Japanese that is in use today.

Because Japanese shares little in common with most other languages, it is common to think of it as an “isolated” language. However, though Japanese has few direct linguistic connections, it has been influenced by other languages over hundreds of years, and it borrows many loanwords from them.

As an English speaker, you’ll quickly pick up on loanwords from English when you start learning! You might be surprised how many Japanese words you already know! For example, you’re surely familiar with the word ‘pen.’ In Japanese, this is just a pen.

Besides, Japanese language gaining huge traction to the culture and lifestyle with its acts to the preservation of its traditions, and today many are interested in the Japanese language, most likely you’ve had some exposure to Japanese media. Since the 1950s, Japan has experienced an astonishing cultural boom, and its entertainment industry is now one of the biggest in the world, and as a result, Japanese culture has had a massive impact outside of Japan’s borders.

An unparalleled mixture of rich ancient and modern culture gives Japan a cultural depth that has something for nearly everyone. Now that you have the backdrop, its time to pick up Japanese from a good tutor or course to find answers to whatever you are looking for.

Understanding Japanese from A Linguistic Background 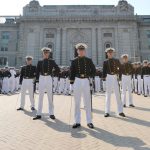 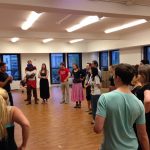 Understanding Japanese from A Linguistic Background

How to score excellent in Mathematics in Singapore?